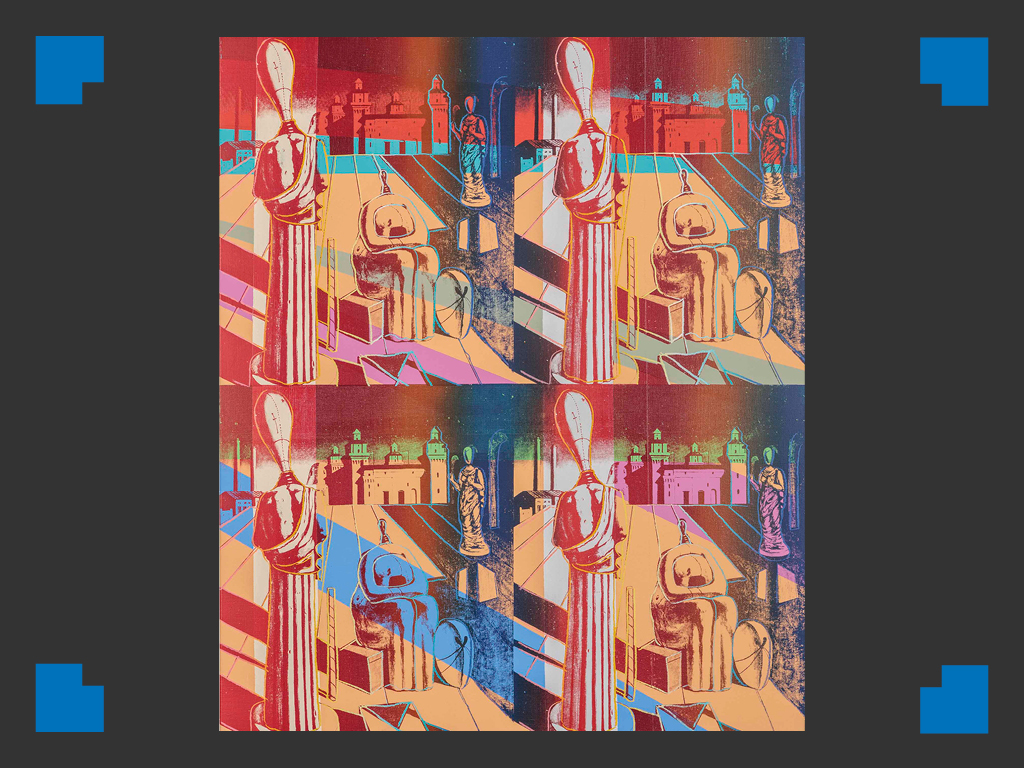 “The Disquieting Muses (After de Chirico)” gives birth to a hybrid kaleidoscope between the master of American Pop Art, Andy Warhol, and the Italian metaphysical painter, acknowledged by many as the father of Surrealism, Giorgio de Chirico.
Warhol reproduced four times, in series, one of de Chirico’s most famous works, first painted during the First World War.
This work brings together the modernism, melancholic and dreamlike art of which de Chirico was a pioneer at the beginning of the twentieth century and the American artist according to whom art had to be “consumed” like any other commercial product.

Laura Mattioli tells us about this “encounter” in a new episode of “The Influential Muses”, hosted in the Gallery of the “Stanze italiane”.