Skip to content
Constancia. Women and Power in the Mediterranean Empire of Frederick II 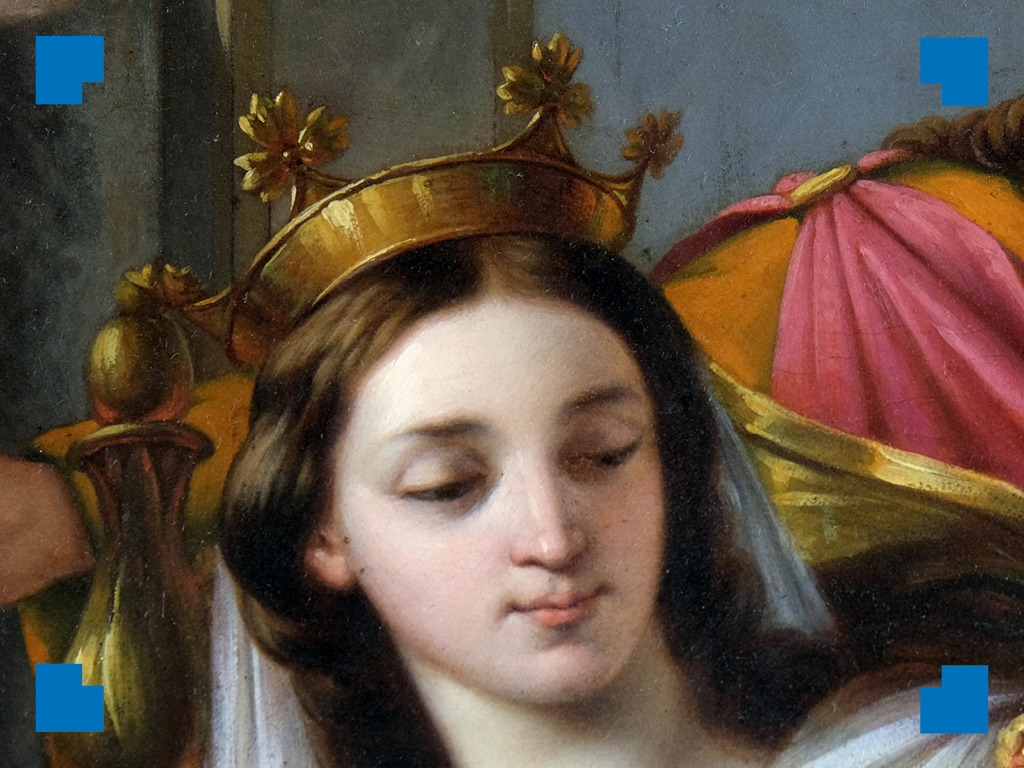 Constancia. Women and Power in the Mediterranean Empire of Frederick II

Constance of Hauteville, queen and empress (1154-1198), mother of Frederick II; Empress Constance of Aragon (1184 ca.-1222), the first wife of the ‘Stupor mundi’ (‘Wonder of the World’); Empress Constance (1231 ca.-1307/13), the natural daughter of Frederick II and his beloved Bianca Lancia, child bride of John III Ducas Vatatze, Emperor of the East at Nicaea; Queen Constance (1249-1300), the daughter of Manfred, another natural son of Frederick II. Four women – the mother, the wife, the daughter and the granddaughter of the Swabian emperor – who shared an important name and who never remained in the background; four queens provided with great charisma and kindness, faithful advisors and often protagonists of the thirteenth-century Mediterranean courts. A unique exhibition is dedicated to them, for which ancient and nineteenth-century Romantic works from Palermo and Monreale have come to New York (in some cases, for the first time ever): jewels, icons, coins, fragments of mosaic and ancient codices and parchment documents, seals, to tell the story of these four sovereigns. Constancia. Women and Power in the Mediterranean Empire of Frederick II will be inaugurated on Monday, March 7 at the Italian Cultural Institute in New York in the presence of the Italian Ambassador to the United States, Mariangela Zappia, and the Director of the Institute, Fabio Finotti. Produced entirely by the ICI – an organ of the Ministry of Foreign Affairs and International Cooperation (MAECI) to promote abroad the image of Italy and its humanistic and scientific culture –, the exhibition will be inaugurated just a few hours before International Women’s Day, since the relationship between women and power is its core issue.

« Frederick II and his world lead us to look at Italy and Europe in a new way – says the Director of the ICI, Fabio Finotti who has strongly wanted this exhibition. Frederick II was appointed Emperor by the German princes, and at the same time he was King of Sicily and King of Jerusalem, and therefore looked to Northern Europe on one side and to the Mediterranean on the other. He himself embodied the variety of peoples that intersected and coexisted in Sicily.»

An exhibition devised with philological rigor by a scientific committee chaired by Fabio Finotti and Maria Concetta Di Natale, Pierfrancesco Palazzotto and Giovanni Travagliato from the University of Palermo, who managed to bring the pieces together thanks to an important synergy between institutions, museums, libraries and archives in Palermo and Monreale, as well as private collections, tracing a line between the four queens and empresses and emphasizing their role in a society – the Mediterranean one – that was profoundly multicultural; and retrieving them just as they were in the fascination of the nineteenth-century Romantic revival and in the diaries of the travelers of the Gran Tour. “This is the first time that an exhibition has focused its attention on the queens and empresses who played a leading role, albeit often behind the scenes – explain the curators -, rather than on Norman kings and Swabian emperors, who have been the sole protagonists in the collective imagination until now.”

Among the exhibits that are on display for the first time, there is the cabochon-cut quartz that adorned the fibula of the mantle with which Frederick II was laid in his red porphyry sarcophagus in 1251 in Palermo Cathedral. But New York will also host the rings of the funeral equipment and the plate with the inscription that identified the body of Empress Constance of Aragon, whose 800th death anniversary falls this year; the Martyrology of the Palatine Chapel in which on June 23 of each year the clergy were reminded to pray for Empress Constance, wife of Frederick II, which for the first time leaves the Municipal Library of Palermo (twelfth-thirteenth century), and the rare parchment Typikón (“regulation”) of a medieval Byzantine confraternity (1080), also preserved in the Palatine Chapel; two monumental Byzantine icons, object of great devotion, the famous “earrings of Constance” from the Abatellis Museum and the precious Carondelet Frontal, belonging to the Treasure of the Cathedral, embroidered in gold and silk, displaying with marvelous Frederician eagles.

The New York exhibition, which can be visited at the ICI on Park Avenue until April 8, addresses two main topics: the relationship between women and power and the relationship between Italian-European and Mediterranean spaces, represented by the world of Frederick II, through a collection of treasures from the cathedrals and diocesan archives of Palermo and Monreale, from the Municipal Library and the Palatine Chapel, from the Salinas Archaeological Museum and the Gallery of Palazzo Abatellis of Palermo, from the collections of the Sicilian Regional Assembly, as well as from private lenders; some works, which were too delicate to be physically exhibited, will be displayed virtually through photos and texts to be downloaded with a QR code.

Alongside the exhibition, there will be a series of sixteen video lectures (upoloaded periodically on the ICI platform www.stanzeitaliane.it) curated by Francesco Somaini, coordinator of the new Center for Medieval Studies of the University of Salento, and dedicated to Frederick’s civilization. “This New York exhibition – says Somaini – aims to reflect on an undoubtedly important period in the history of Europe, of the West and of the Mediterranean, that is, the age of the Swabian domination in Southern Italy. It is the age of Frederick II and Manfred, but explored, although not exclusively, from the point of view of women, taking into consideration in particular four figures of unquestionable importance, all bearing the name of Constance.”

The exhibition will also feature a precious reproduction, made by Orafi Moramarco (goldsmiths) from Altamura, of the famous crown of Empress Constance of Aragon, which will not leave its permanent location in the new exhibition itinerary of the Treasure of the Cathedral of Palermo.

The rooms of the ICI will also host a reference to Palermo’s contemporary cultural production with some video excerpts from the production of Giuseppe Verdi’s opera Les vêpres siciliennes, which a few weeks ago inaugurated the season of the Teatro Massimo, in a special “anti-Mafia version” (on the occasion of the 30th anniversary of the murder of Giovanni Falcone and Paolo Borsellino) conducted by Omer Meir Wellber and directed by Emma Dante.

The virtual visit to the exhibition Constancia. Women and Power in the Mediterranean Empire of Frederick II, comments, notes and interviews, as well as all the video lectures of the University of Salento, will be available on the platform www.stanzeitaliane.it, which has been the ICI’s virtual museum for the past year: a way to make the entire documentary work accessible also to the European public and to the many scholars of the figure of the Swabian emperor and of the Regnum Siciliae.