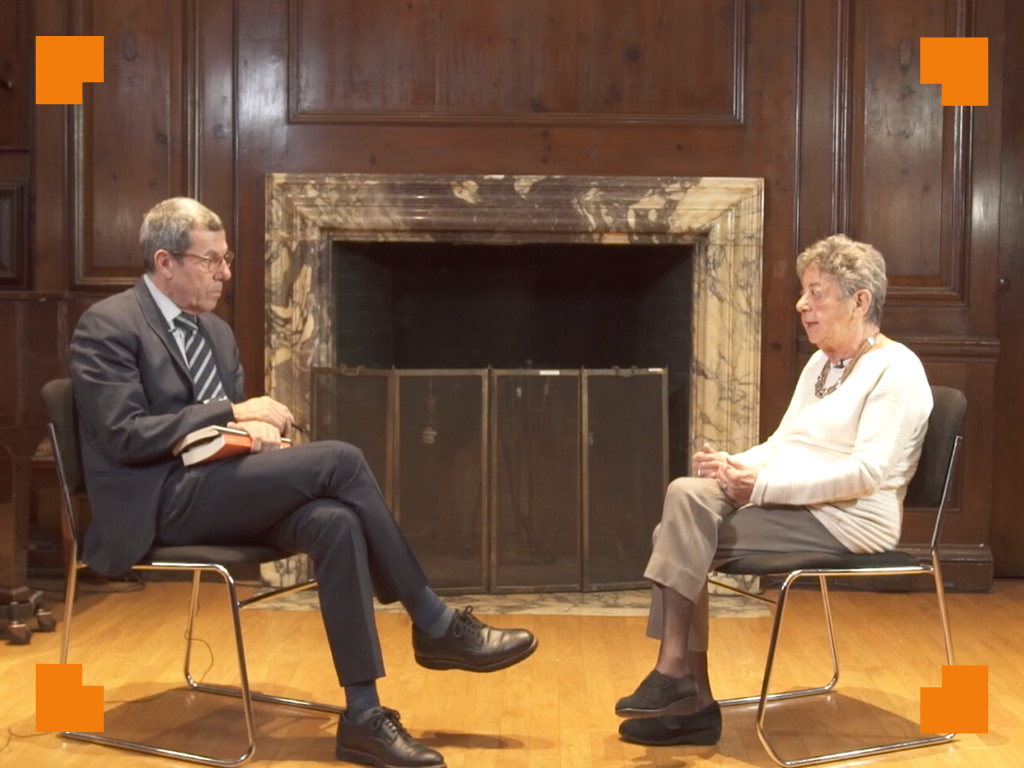 In front of the fireplace of the “Stanze italiane”, Vincenzo Pascale interviews the journalist Gianna Pontecorboli on her new book “America nuova terra promessa” (“America the New Promised Land”, Francesco Brioschi Editore), also translated into English by the Primo Levi Center of New York. The book tells the story of the Italian Jews who, after the promulgation of the racial laws in 1938, found refuge in the United States.
University professors, doctors, lawyers, scientists, journalists and artists who, far from the homeland they had to leave behind, rebuilt their careers and identities from scratch.

Gianna Pontecorboli’s work revives the drama of these exiles who, amidst a thousand obstacles, managed to obtain a visa for the United States, often going from a life of comforts to a life of hardship, sacrificing the love of their families to take root in a new land where they were not always welcome.