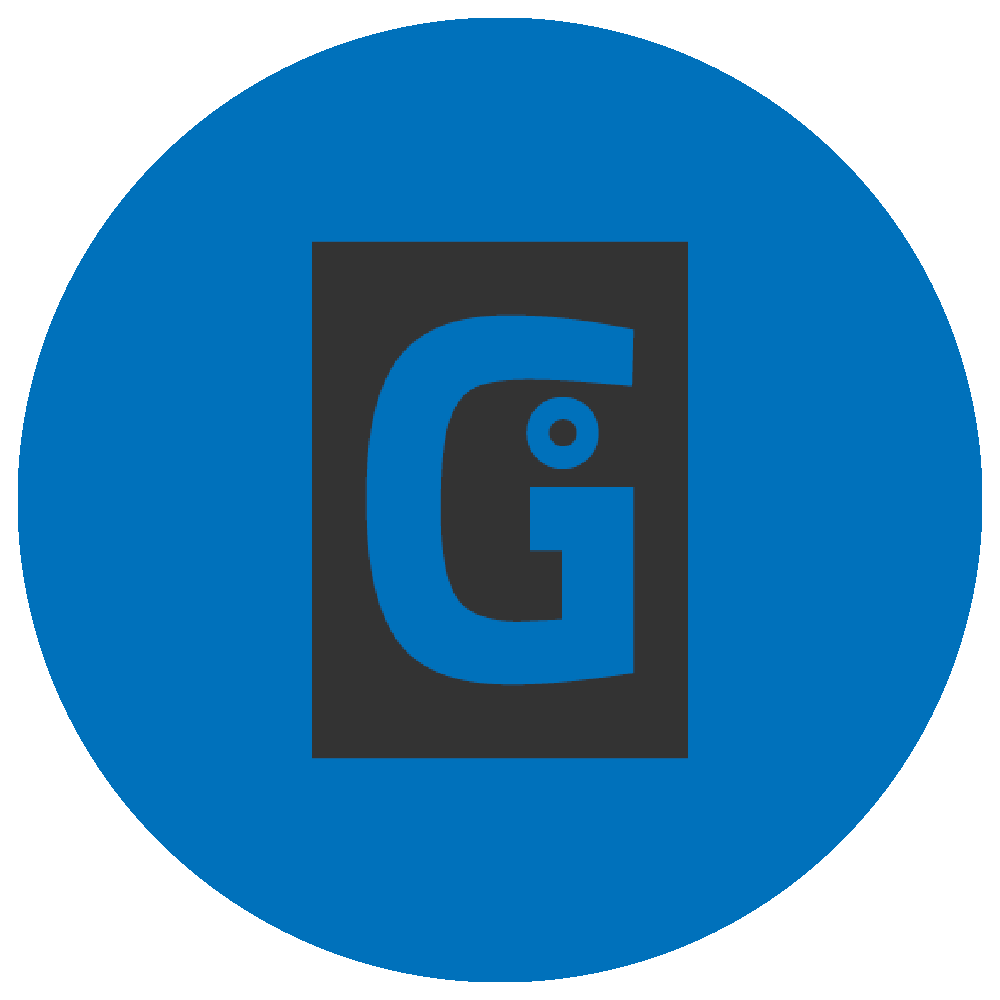 Contents of the Gallery

Video interview by Luigi Ballerini with Charles H. Traub (School of Visual Arts), a photographer mainly devoted to Italian landscape as his artistic subject. Traub recalls his early youthful travels to Italy, where he first approached photography and met various Italian photographers. From his desire to integrate the different visions of the Italian spirit captured by Italian and American photographers, the volume Italy observed was born, in which photography and literature come together to offer a unique image of Italy, the Bel Paese. The photographic book Dolce via collects photographs taken by Traub in the 1980s, with which he deconstructed the concept of “bella figura” and investigated the relationship between the Italian landscape and the ordinary people who actively live it. Finally, Traub reflects on the often excessively reductive label of “street photographer” and on the similarities between photography and poetry.

Video interview by Fabio Finotti – Director of the ICI in New York – with photographer Giovanna Silva about the photographic exhibition Archivi. Synthesis, awarded the Cantica21. Italian Contemporary Art Everywhere prize and on display at the ICI in New York. The artist explains that her work is a photographic journey through several Italian cities, explored through the architecture of those buildings that preserve their history, the archives. It is a fluid and performative work of art, which includes a large-format photographic book and a box of photographs that can be set up freely. Silva tells about her passion for architecture, travel, and publishing – she is the founder of the publishing house Humboldt Books – and discusses a prospective photographic project based on exploring contemporary buildings of New York on foot.

Video interview by Fabio Finotti – Director of ICI New York – with Martina Corgnati (Accademia di Brera) and Lisa Wenger (niece of Meret Oppenheim) about the exhibition Meret Oppenheim. My Exhibition. The exhibition, now at the Kunst Museum Bern and coming soon to MOMA, is a chronological retrospective reading of the artist’s entire oeuvre; in parallel, the ICI New York will exhibit three of Oppenheim’s works from the Sanguedolce Collection. Martina Corgnati talks about the deep relationship between Meret Hoppenheim and Italy, witnessed by her friendship with artist Leonor Fini and by her unfinished book dedicated to Giacomo Leopardi’s Dialogo della moda e della morte. Corgnati also discusses the artist’s interest in literature and her relationship with gender and feminist studies. Finally, the most recent academic publications related to Oppenheim’s life and work are presented, along with a rich biography and her letters, edited by Corgnati and Wenger.

Laura Mattioli presents Robert Rauschenberg’s Dante Drawings, inspired by Dante’s Inferno. This is an experimental series of works through which Rauschenberg explores all the expressive possibilities of drawing and questions his previous adherence to abstractionism; this series will be a turning point for future developments of pop art. Rauschenberg made a drawing for each canto, aiming to translate the essence of the entire canto into a language different from the verbal one, that of art. To do this, he developed an innovative technique that allowed him to transpose images taken from the newspapers of the time onto the paper; in doing so, he wanted to restore the topical political and social dimension of The Divine Comedy, which was crucial in Dante’s vision (and which will deeply inspire the future ideal of pop art that is, to bring contemporary culture into artistic production).

Laura Mattioli presents Emergence, a video work by Bill Viola inspired by the painting Ecce Homo by Masolino da Panicale. Masolino’s painting is a crucial work for the turn towards realism of fifteenth-century art and is an expression of the ideal vision of the work of art as a tool for the viewer’s reflection on faith. Bill Viola’s work was inspired by such connection with viewers and the idea of art as a tool to arouse emotions and reflection in human beings. In Emergence, we see a reversal of the traditional passion of Christ: an actor (who mirrors the figure of Christ in Masolino’s painting) emerges from the water gushing from a central altar – in a sort of rebirth or resurrection –, to be then laid down by a man and a woman (St. John and Mary in the painting) in a pall – as if dying. The artist’s aim is to urge viewers to reflect on existence and to stir their emotions.

Laura Mattioli presents the series The Last Supper by Andy Warhol, inspired by Leonardo da Vinci’s Ultima cena (The Last Supper). The series includes over one hundred reproductions of Leonardo’s masterpiece, the latter of which was made by Warhol before his death. Mattioli explains that, due to conservation problems related to the technique used by Leonardo, the Last Supper was immediately subjected to restorations that have partially covered the original; besides, its enormous fortune has made it the subject of numerous reproductions over the centuries. Warhol was fascinated by the fact that Leonardo’s original painting, brought to light only by recent restoration works, could not be known and by its fortune in popular culture; moreover, his tormented relationship with the Christian faith led him to reflect on the religious message of the painting. In making his reproductions, Warhol often relied not on Leonardo’s original but on printed reproductions, mostly consumer and of low quality, thus reflecting on the relationship between art, faith, the dictates of the church, and contemporary consumer culture.

Laura Mattioli presents Andy Warhol’s work The Disquieting Muses, inspired by Giorgio De Chirico’s painting The Muses. The art historian talks about the tormented history of De Chirico’s painting, a masterpiece of the metaphysical period, subject as much to fierce criticism as to enthusiastic appreciation; she explains how the artist made various copies of the original over the decades, which were exhibited in various shows in Europe and America. Andy Warhol was struck by the catalog of a De Chirico exhibition at MoMA (1982), which presented a double page on which the various versions of the painting were juxtaposed. The American artist associated De Chirico’s obsession for reproducing the same work with his own reflection on the reproducibility of works of art and on the decline of the concept of the original in the era of consumerism and mass media. Some years later Warhol created a work inspired by The Disquieting Muses, which fully expresses his idea of art: he uses as a model not the original of the painting, but one of its later versions, and reproduces it with little attention to detail – thus conveying the idea of the careless and hasty look that viewers give to products-works of art in the contemporary age.

Video interview by Fabio Finotti – Director of the ICI in New York – with Victoria Surliuga, Professor of Italian Studies at Texas Tech University, expert and scholar of the Italian artist Ezio Gribaudo and author of the book Omaggio a Ezio Gribaudo. She talks about her experience as a scholar and poet between Italy and New York and recalls the beginning of her interest in Gribaudo during her research visits at the Peggy Guggenheim Foundation in Venice. Surliuga discusses with Gribaudo about the influence of his career as an art publisher and organizer of cultural events on his artistic experience, the beginning of his career in the United States and his brilliant insights, which allowed him to come into contact with the greatest artists of contemporary art. Through the pages of her latest volume, Omaggio a Ezio Gribaudo, Victoria Suriluga offers a personal and professional biography of the artist, from his editorial activity to his artistic one; she also presents Gribaudo’s most iconic works, from flongs to logogriphs to white monochromatisms to theaters of memory, exploring his artistic models and main themes.

Video interview by Fabio Finotti – Director of ICI New York – with artist Giuseppe Penone, Eike Schmidt (Director of the Uffizi Gallery) and Mario Cristiani (Associazione Arte Continua di San Giminiano). They present the exhibition Alberi in-versi, at the Uffizi Gallery, and the installation Abete, in Piazza della Signoria in Florence, created on the occasion of the anniversary of Dante’s birth in 2021. Through his work, Penone wants to convey the idea of the indissoluble relation between man and nature and the idea of the equal relationship between the artists’ intention and the materiality of the supports they use to make their work. The artist explains that art is a language of timeless emotions, which maintains its sentimental force from the past to the future. Cristiani and Schmidt explain how Penone’s exhibition is an example of a new art exhibition model: his works are exhibited between the outside of Piazza della Signoria and the inside of the Uffizi Gallery and are integrated within the museum itinerary alongside the great masterpieces of the past. The aim of this “scattered museum” is to promote an ever more democratic view of art, to integrate art into the everyday spaces of public and social life, to emphasize the dual function of the museum as a place of preservation of the past and promotion of the future.

Video interview by Fabio Finotti – Director of the ICI in New York – to Laura Mattioli, about Barry X Ball’s Pietà. X Ball’s work is a mirror reproduction of Michelangelo’s Pietà Rondanini that was exhibited in the Castello Sforzesco in Milan. The work was created by scanning Michelangelo’s sculpture and using robotic tools to carve Iranian onyx, on which the artist added the final details. Onyx, a translucent stone very different from the Carrara marble used by Michelangelo, gives lightness to the work and creates effects of light dancing whereby it seems to levitate; as for the base, X Ball chose to reproduce the ancient Roman base that had supported the Rondanini Pietà for centuries (which has now been replaced). In addition to discussing the debt of X Ball’s work towards the Rondanini Pietà, the other models of his work are also explored: the other Michelangelo sculptures with the same subject (the Vatican Pietà and the Rondanini Pietà), Michelangelo’s painting of the Deposition of Christ and Giovanni Bellini’s Pietà.

Presentation of the immaterial work Aphrodite Crying by Sardinian artist Salvatore Garau. His immaterial sculptures aim to be a tribute to what is mysterious and unknowable in our world, in an age in which our own human physicality is being progressively replaced by virtuality.

Presentation of The Influential Muses, a lecture series curated by Laura Mattioli (art historian and president of CIMA – Centre for Italian Modern Art). Each lecture will be dedicated to a contemporary American artist and will investigate how the sources of inspiration (i.e., the muses) of these artists can be identified with Italian works of art of the past. This will highlight the degree to which the Italian artistic tradition is still present (and influential) in contemporary artistic experiences.