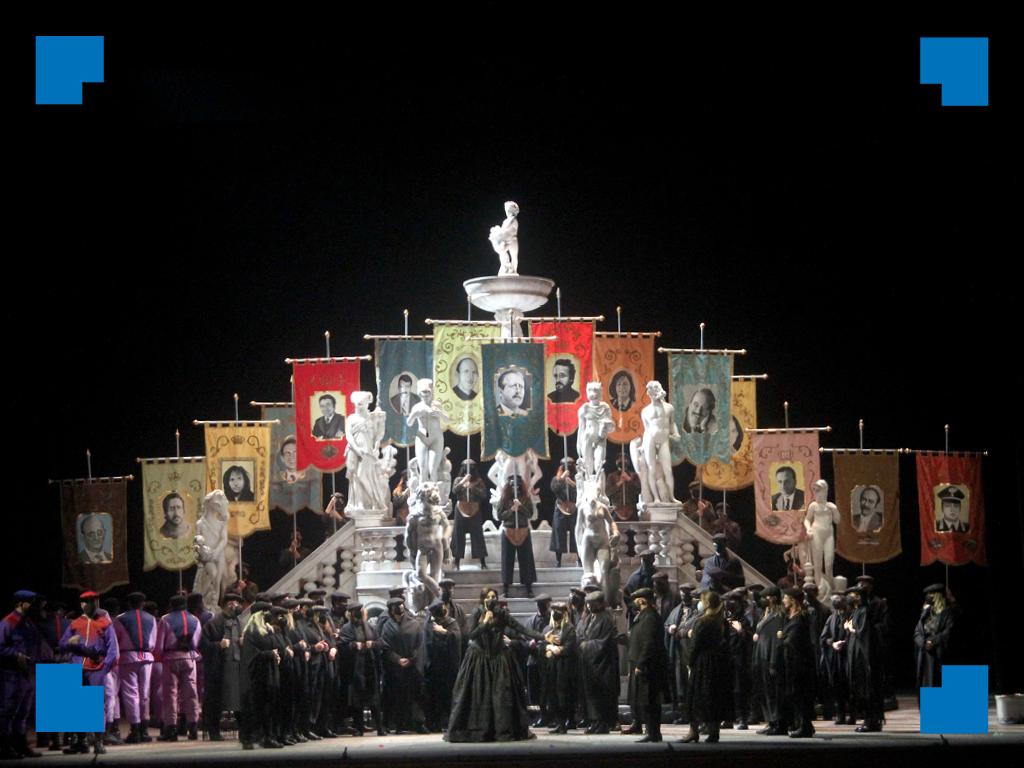 The exhibition “Constancia. Women and Power in the Mediterranean Empire of Frederick II” virtually comes alive with the music of Giuseppe Verdi and his opera “Les Vêpres siciliennes”, inspired by the famous historical clash between Angevin oppressors and oppressed Sicilians.
The opera, conducted by Omer Meir Wellber, inaugurated the 2022 Season of the Teatro Massimo of Palermo, a season that pays homage to the thirty-year anniversary of the Mafia massacres, the reopening of the theater itself in 1997 on its 25th anniversary and the 125th anniversary of its first opening, as explained by the Superintendent Marco Betta.
Thus, director Emma Dante reinterprets this work by staging the oppression of organized crime whose pressure in Palermo has long deprived people of their freedom.