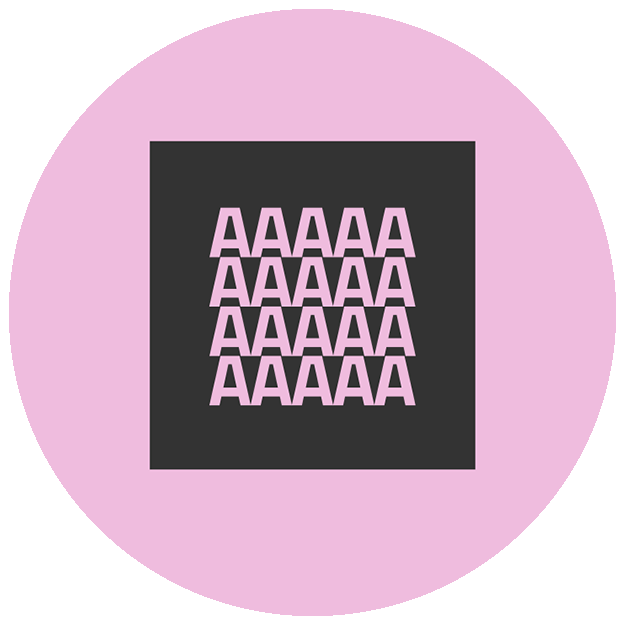 Contents of the Auditorium

Video interview by Fabio Finotti – Director of the ICI in New York – with Carlo Montanaro (La Fabbrica del Vedere archives, Venice), in memory of Alida Valli, on the centenary of her birth. Presentation of the documentary Alida valli. Frammenti di una diva, by Chiara Barbo, Elisabetta Di Sopra and Carlo Montanaro. Carlo Montanaro talks about the Venetian archive he founded, La fabbrica del Vedere, with its rich collection on the history of images, from 18th century vedutisti to contemporary cinema. He recalls Alida Valli’s career, from her debut under the aegis of Francesco Pasinetti, to her brilliant career in the United States and Italy, up to her work on the stage. Montanaro focuses on her great willpower, her early choice to devote herself to acting and her unwavering professionalism.

Presentation of two films specially made by Alexo Wandael for the ICI in New York: To My Pink Lady and Tomato Soup in Skid Row. To My Pink Lady is a short film dedicated to Cristina Belenchia, author of the My Pink Chemo blog: it tells the story of her struggle against breast cancer and leukemia, fought with courage and femininity, and of her bond of friendship that overcomes time. Tomato Soup in Skid Row is a feature film, heir to the neorealist film tradition, which addresses the issue of homelessness, in an attempt to reverse the rhetoric with which this social tragedy is usually presented.

Videointerview by Fabio Finotti – Director of ICI in New York – to Piermario Vescovo (Ca’ Foscari University in Venice), Antonella Zaggia (artist) and Francesca Briani (Councellor for Culture, Youth Politics and Equal Opportunities of the Municipality of Verona). Presentation of the new production of Shakespeare’s Titus Andronicus staged at the Museo Lapidario Maffeiano in Verona. Francesca Briani presents the initiative of the Municipality of Verona to stage theatrical performances within museums, with the aim of attracting young audiences. Piermario Vescovo and Antonella Zaggia discuss their decision to stage Titus by resorting to figure theater – a form of theater with puppets, which allows you to reduce the number of resources needed for staging and to create “small-scale” spectacular productions. The two producers also present the theatrical company, made up of 8 women and the celebrated narrator Bobo Marchese, who managed – despite the reduced number of members – to stage, in a faithful and at the same time topical way, Shakespeare’s bloody play.

AbunDance n. 4: An American in Paris

A series of ten lectures on the history of dance created by Marco Pelle; each Dancetime Story is accompanied by a choreography, specially created by Pelle for the ICI of New York, and performed by Luciana Paris (American Ballet Theater) and Jonatan Lujan (formerly Ballett Zürich, Victor Ullate Ballet and Ballet Argentino de Julio Bocca). In the fourth lecture Pelle tells the story of four women – born in America but who later chose Europe as their country of adoption – who rebelled against the canons of classical ballet and revolutionized the history of twentieth-century modern dance. The first is Loïe Fuller, who decided for the first time to choreograph her own performances; her famous serpentine dance is still part of contemporary pop culture. en there is the legend of Isadora Duncan, the great iconoclast, who wanted to free her body from the constraints of shoes and corset, so as to unleash her inner energy through dance. With Ruth St. Dennis (and her husband Ted Shawn) stages welcomed for the first time dance forms other than ballet, in particular esoteric and exotic choreographies inspired by Egyptian and Indian dances. Finally, Joséphine Baker, one of the first Afro-American dancers in Paris, who denounced the sexualization of the black female body through her dance sauvage (dancing topless with a skirt made of bananas), and later became a true musical icon.

AbunDance n. 3: From Russia with Love

A series of ten lectures on the history of dance created by Marco Pelle; each Dancetime Story is accompanied by a choreography, specially created by Pelle for the ICI of New York, and performed by Luciana Paris (American Ballet Theater) and Jonatan Lujan (formerly Ballett Zürich, Victor Ullate Ballet and Ballet Argentino de Julio Bocca). In the third lecture Pelle discusses the history of Russian ballet, from the moment it was imported from Western Europe to its international consecration. The introduction of ballet in Russia is due to Peter the Great, who wanted it to become the new language of power of the Russian elite – following Louis XIV’s example in France; however, it is with Tsarina Catherine the Great that European composers and choreographers (Italian and French in particular) began to work in Russia. Among the most important European figures who inspired Russian ballet in this period were French dancers and choreographers Jules Perrot and Marius Petipa; the latter, in his famous La Bayadére (1877), managed to merge French ballet with the Russian military spirit. Alexander III then had the intuition to make French choreographers and Russian composers cooperate: from the collaboration between Pyotr Tchaikovsky and Marius Petipa came The Sleeping Beauty (1888), which is considered the first example of the Russian style of ballet, less focused on technique but capable of expressing the physical vigor of traditional Russian dance. At the beginning of the 20th century, Russian ballet conquered Europe and then America: the Ballets russes company – considered the most influential company in the history of dance – introduced Vaclav Nižinskij’s dance and choreographies to the world; among the greatest ballerinas of the century were Anna Pavlova, Ekaterina Makarova and Maya Pliseckaja; finally, choreographer George Balanchine transformed the technique and rhythm of Russian ballet to represent the spirit of modern New York.

AbunDance n. 2: This Love Is Sick

A series of ten lectures on the history of dance created by Marco Pelle; each Dancetime Story is accompanied by a choreography, specially created by Pelle for the ICI of New York, and performed by Luciana Paris (American Ballet Theater) and Jonatan Lujan (formerly Ballett Zürich, Victor Ullate Ballet and Ballet Argentino de Julio Bocca). In the second lecture, Pelle discusses the Romantic aesthetics of female beauty as illness, weakness, and madness, and its transposition into opera and ballet. Pelle explains how, in the Romantic period, the ideal of female beauty was linked to paleness, fainting, and physical weakness in general. Thus, in opera and ballet, plots centered on the illness of the female protagonist in love increased and scenes of fainting or hysteria became topical. Pelle takes into analysis Giselle, which contains the most famous scene of female hysteria in the history of ballet, and in particular Carla Fracci’s interpretation, which marked a crucial turning point in the modern rendering of the work. Finally, he discusses the paradigm shift brought about by industrialization, which led towards the emancipation of the female figure from such a stereotype of weakness and fragility; however, such Romantic aesthetics was still persistent even in the twentieth century, especially in Italian opera and in ballets such as The Dying Swan.

AbunDance n. 1: Never Give Up a Crown to Anybody

A series of ten lectures on the history of dance created by Marco Pelle; each Dancetime Story is accompanied by a choreography, specially created by Pelle for the ICI of New York, and performed by Luciana Paris (American Ballet Theater) and Jonatan Lujan (formerly Ballett Zürich, Victor Ullate Ballet and Ballet Argentino de Julio Bocca). In the first lecture Pelle discusses the relationship between dance and power throughout history, in particular starting with the figure of Catherine de’ Medici. After a brief overview of dance in classical times and the Middle Ages, Pelle engages with the evolution of dance from a popular art form to an instrument of representation of power, starting with Catherine de’ Medici. During the Renaissance, dance was perceived as an art “against nature” that challenged the force of gravity and human physicality, and it contributed to the establishment of the Renaissance ideal of man as the center of his own world. In the history of dance and power, a crucial role is also played by Louis XIV, who first codified dance and hierarchized it in relation to the different degrees of power. He chose a ballet performance as the tool to legitimize his political role. With the French Revolution, the first female prima ballerinas emerged, including Marie Camargo and Marie Sallé (the first to introduce what would become dance shoes and tutus). This story ends with Romanticism, during which dance was transformed from an expression of the “beauty of power” to a symbol of the “power of beauty”, from an instrument of power to a form of expression.

The Cinema of Francesco Rosi in a Book

Video interview by Fabio Finotti – Director of the ICI in New York – with Gaetana Marrone-Puglia (Princeton University) to present her book The Cinema of Francesco Rosi, with actress Carolina Rosi, Maria DiBattista (Princeton University) and Gian Pietro Brunetta (University of Padua). During the conversation they explore the main themes of Rosi’s artistic activity and the genesis and writing of Marrone-Puglia’s book. Emphasis is given to the sense of adventure that emerges from each of Rosi’s films; the “missionary” vocation of his work, which blends the social criticism that is typical of investigative cinema with an enduring call for active action on the audience’s part; the ability to project local problems onto a global panorama. Rosi’s relationship with the theater, with American cinema and with students is also discussed. The book The Cinema of Francesco Rosi is praised for its ability to represent not only the artist, but also the man, and to highlight the modernity and relevance of Rosi’s work; finally, all speakers agree that Professor Marrone-Puglia’s work will hopefully foster the rediscovery and new appreciation of Rosi’s cinema in the United States.

Italians at the Chopin Competition!

The text is a praise of the two Italians, Leonora Armellini and Alexander Gadjiev, who were among the finalists of the “Chopin” Piano Competition in Warsaw. It also highlights the importance of Italian Conservatories and of the study of music in Italy, which is a beacon in the international panorama.

In Memory of Enrico Caruso

Fabio Finotti, director of the ICI, in conversation with conductor Alvise Casellati about the latter’s initiative for the celebration of the one hundredth anniversary of Enrico Caruso’s death. Casellati presents the pieces in the program, all masterfully sung by Caruso during his career – taken from operas by Giacomo Puccini, Giuseppe Verdi and Gaetano Donizetti. You will then watch the full masterclass directed by Castellati with singers Gabriella Reyes, Jennifer Rowley, Stephen Costello and pianist Jeremy Chan. The relationship between singing and the Italian language, the importance of interpretation and of the rendering of feelings in singing, and the preparation required of opera singers are also discussed.

Marina Valensise – Managing Director of the National Institute of Ancient Drama of Syracuse – and director Robert Carsen in conversation with Fabio Finotti – Director of the ICI in New York. The video interview opens with a brief presentation by Fabio Finotti on the importance of Greek heritage in Italy, one of the greatest examples of which is the theater of Syracuse, and on the crucial role played by seventeenth-century Italian melodrama in the rebirth of theater on a European level. Marina Valensise then presents the work of INDA, an institute whose aim is to revive the tradition of Greek theater as a “comprehensive form of art” (a fusion of music, poetry, song, painting, architecture) and to restore its moral and civic strength; in particular, she presents the theater season scheduled at the Syracuse theater, which includes a performance of Oedipus Rex by Sophocles directed by Robert Carsen. Finally, Valensise and Carsen talk about the connection between classical tragedy and melodrama (a genre invented in Florence, conceived as an instrument of rebirth of the Greek dramatic spirit) and about the future prospects of Greek theater in contemporary times (namely in relation to “cancel culture”).

WATCH THE VIDEO
Go to Top